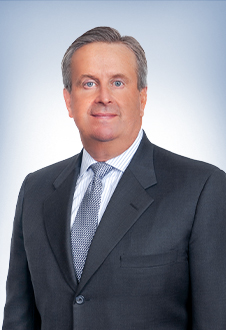 John is an Executive Managing Director of H.I.G., having joined the firm in 1993. He is responsible for leading H.I.G.’s Credit Platform, which manages approximately $9 billion of capital across multiple investment funds.

John has more than 25 years of experience focused on credit investments, including primary loans and distressed debt, as well as private equity investments. He currently serves on the board of several privately held companies. Prior to joining H.I.G. in 1993, he was at the management-consulting firm of Bain & Company, a leading worldwide management-consulting firm, where he directed domestic and international assignments for Fortune 500 clients. Prior to joining Bain & Company, he worked for three years as the Assistant to the President of Chemed Corporation (NYSE: CHE), a specialty chemical company.

John is a graduate of Lehigh University with a B.S. degree in Computer Science and earned his M.B.A. from the University of Virginia’s Darden School of Business. 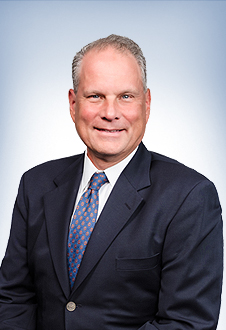 Jay is a Managing Director of WhiteHorse Capital. He is responsible for all aspects of the investment process, including sourcing, structuring, post-close strategies, as well as portfolio management.

Jay earned both a B.A. and an M.B.A. from the University of Texas at Austin, and holds the Chartered Financial Analyst designation. 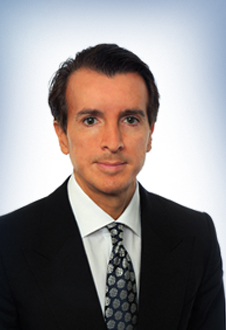 Sami Mnaymneh is a Founder and Co-CEO of H.I.G. Capital. He has directed the firm's development since its founding in 1993 and approves all capital commitments made by H.I.G. Sami currently serves on the Board of Columbia College and on the Dean's Council of the Harvard Law School.

Prior to founding H.I.G., Sami was a Managing Director with The Blackstone Group in New York. Prior to that, he was a Vice President in the Mergers and Acquisitions department at Morgan Stanley & Co., where he devoted a significant amount of his time to leveraged buyouts, serving as senior advisor to a number of prominent private equity firms. Over the course of his career, Mr. Mnaymneh has led over 75 transactions in a wide range of industries. 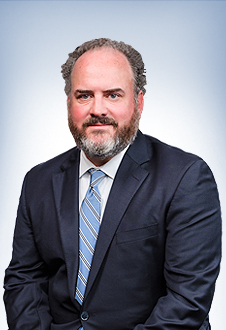 Nate is a Principal at WhiteHorse Capital. Based in Dallas, Nate is involved in the investment process through underwriting, structuring and closing new credit investments, as well as monitoring existing investments and assisting in portfolio management activities.

Nate has over eighteen years of credit investing and investment banking experience in a broad range of industries, including retail, power generation and gaming. Prior to joining the WhiteHorse team in 2004, Nate held investment banking and corporate lending positions at Credit Lyonnais, Sanwa Bank and Wells Fargo.

Nate received a Bachelor of Science in Business Administration from the University of Arkansas and also holds the Chartered Financial Analyst designation. 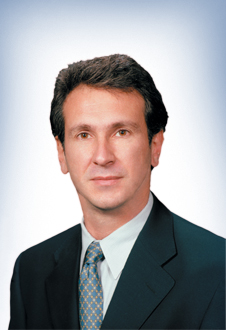 Tony Tamer is a Founder and Co-CEO of H.I.G. Capital. He has directed H.I.G.'s development since its founding in 1993 and approves all capital commitments made by the firm. Tony has led a number of successful investments at H.I.G. in both the management buyouts and growth capital arenas. He has extensive experience working with, and coaching, early stage and middle-market companies. Tony is a board member of several H.I.G. portfolio companies. He currently also serves on the Dean's Council of the Harvard University Kennedy School of Government.

Prior to H.I.G., Tony was partner at Bain & Company where he developed business unit and operating strategies, implemented productivity improvement initiatives, and led acquisition and divestiture activities for a number of Fortune 500 clients. Tony has extensive operating experience. He has held marketing, engineering and manufacturing positions at Hewlett-Packard and Sprint Corporation.

Tony holds an M.B.A. degree from Harvard Business School, and a Masters degree in Electrical Engineering from Stanford University. His undergraduate degree is from Rutgers University. 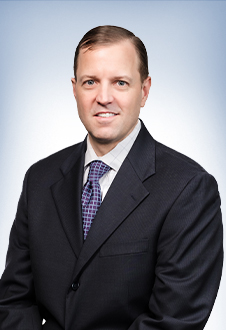 Jarred is a Managing Director of WhiteHorse Capital. He is responsible for all aspects of the investment process, including sourcing, structuring, post-close strategies, as well as portfolio management and structuring of funds.

Jarred earned a B.B.A. from the University of Texas at Austin, and is a Certified Public Accountant.